As the pandemic still dictates our daily lives, a lot of us have found ourselves spending more and more time alone and (some of us) not knowing how to appreciate it. Olivia Laing’s The Lonely City investigates this sense of solitude, partly through her own experience and partly through the works of artists such as Edward Hopper, Andy Warhol, Henry Darger and David Wojnarowicz.

Olivia Laing moved to New York City in her mid-thirties to follow her lover but later, as the love affair ended, she found herself alone in the city of glass. After a while, she decides to be proactive about her circumstances and starts exploring this marvellous city, also by way of art – visiting art galleries and museums. The artwork soon becomes a comfort to her. So begins her journey through the realms of loneliness – also in light of the artwork she’s admiring and the artists behind these famous pieces.

The form of the book weaves together autobiography, psychological speculation and social commentary. She talks about the difficult “art of being alone”, through her own experience as well as through certain artists, “Not all of them were permanent inhabitants of loneliness… All, however, were hyper-alert to the gulfs between people, to how it can feel to be islanded amid a crowd.” Her investigation is centred on “… a desire to find correlates, physical evidence that other people inhabited my state…” and focuses mostly on visual art. She immerses herself in artists whose work seemed troubled by loneliness. As she herself states, she creates a sort of map of loneliness and finds a relationship between loneliness and art. 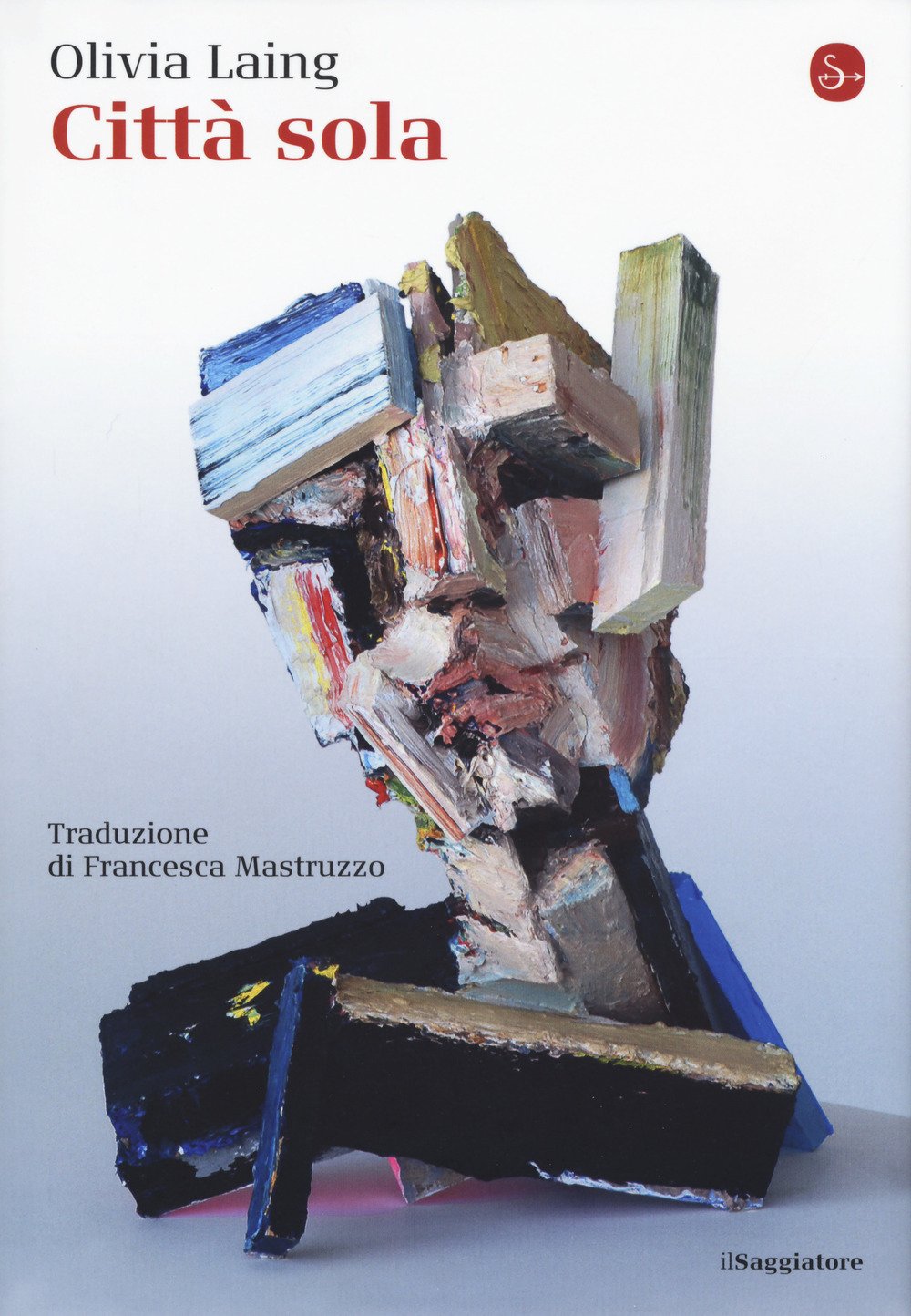 Laing begins by analysing Edward Hopper’s work. How his pantings, seen through her own experience, give us a sort of spatial dynamic of loneliness, how his paintings replicate “one of the central experiences of being lonely: the way a feeling of separation, of being walled off or penned in, combines with a sense of near-unbearable exposure.” This solitude can be seen through the window (a constant in Hopper’s work) in Nighthawks where it becomes something more than just an aperture through which to view something or someone. In this painting, it seems to create a separation between the street and the diner, so in a way between exposure and confinement, between being seen yet being lonely.

“…he painted, not once but many times, the loneliness of a large city, where the possibilities of connection are repeatedly defeated by the dehumanising apparatus of urban life. But didn’t he also paint loneliness as a large city, revealing it as a shared, democratic place, inhabited, whether willingly or not, by many souls?”

She then goes on to investigate the life and work of Andy Warhol, who was famous for his sociability yet he never seemed to leave the house without his cameras and tape records, which acted as shields, buffers to social interactions; they made him present but aloof, distant. In creating his art, Warhol used an array of mediums and probably few know of his devotion to human speech. “Despite his own incapacity, Warhol was fascinated by how people talk to one another.” His recording devices took on another aspect, they made him a listener, gave an audience to the talker who did not have to feel the isolation of talking into a vacuum. As, if you think about it, even through linguistic incomprehensions we can create barriers, which in turn isolate us and leave us feeling alone.

The third chapter of the book is centred on David Wojnarowicz, an artist and activist of AIDS in 1980s New York. His childhood, as detailed by him in his memoir Close to the Knives, was marked by physical and psychological violence which left him with feelings of worthlessness, of shame and of rage. He was left with a sense of being different, inferior, market out.

Laing goes beyond simply analysing the artwork, she investigates deeper and in his diaries, she notes how they “… express a sense of isolation, a conflict between the desire to make contact, to reach beyond the prison of the self, and to hide, to walk away, to disappear.” Wojnarowicz tried to escape this feeling of isolation through art. When asked what he wanted his art to convey he replied, “I want to make somebody feel less alienated… We can all affect each other, by being open enough to make each other feel less alienated.”

Another figure Laing investigates is that of Henry Darger a Chicago janitor, an “outsider”, someone who lived on the margins of society. Darger was born in the Chicago slums, his mother died when he was four, a few days after giving birth to his sister, who was immediately adopted. His father was crippled so Darger grew up in Catholic school and at the Illinois Asylum for Feeble-Minded Children. He ran away at age 17 and moved into a single room apartment where he lived for forty years as a “loner”, in solitude. His art (beautiful, yet baffling watercolours of little girls with penises and other fairy-like elements) was discovered posthumously as the apartment was being cleared out.

Throughout the book, Laing also cites other artists, like Alfred Hitchcock, Billie Holiday, Klaus Nomi, Jean-Michel Basquiat and others who all seem to be connected in some way to this feeling of loneliness.

Olivia Laing manages to weave together her own personal experience in New York City with that of the artists she investigates. Not just their work but their own lives as well. She is able to see solitude through another perspective, also thanks to art. Art which has “… some extraordinary functions, some odd negotiating ability between people who never meet and yet who infiltrate and enrich each other’s lives…it has a capacity to create intimacy; it does have a way of healing wounds, and better yet of making it apparent that not all wounds need healing and not all scars are ugly.”

“Loneliness is a very special place…Loneliness is by no means a wholly worthless experience…many marvellous things have emerged from the lonely city.”

If you love art or you’re feeling lonely (or both), this one is for you.

Read other Focus on ZìrArtmag