Steert Art | Bologna: a walk through the Public Open-air Art Gallery of Pratello

Via del Pratello is one of the most frequented streets in Bologna, and it’s full of surprises. It’s a social street where art continuously interacts with daily life. The street is notorious for it’s night life, a corner of Bologna which never sleeps. Today, we’ll take a walk to admire it’s open-air art gallery: a conglomeration of street art curated by Associazione Arti Povere Pratello. 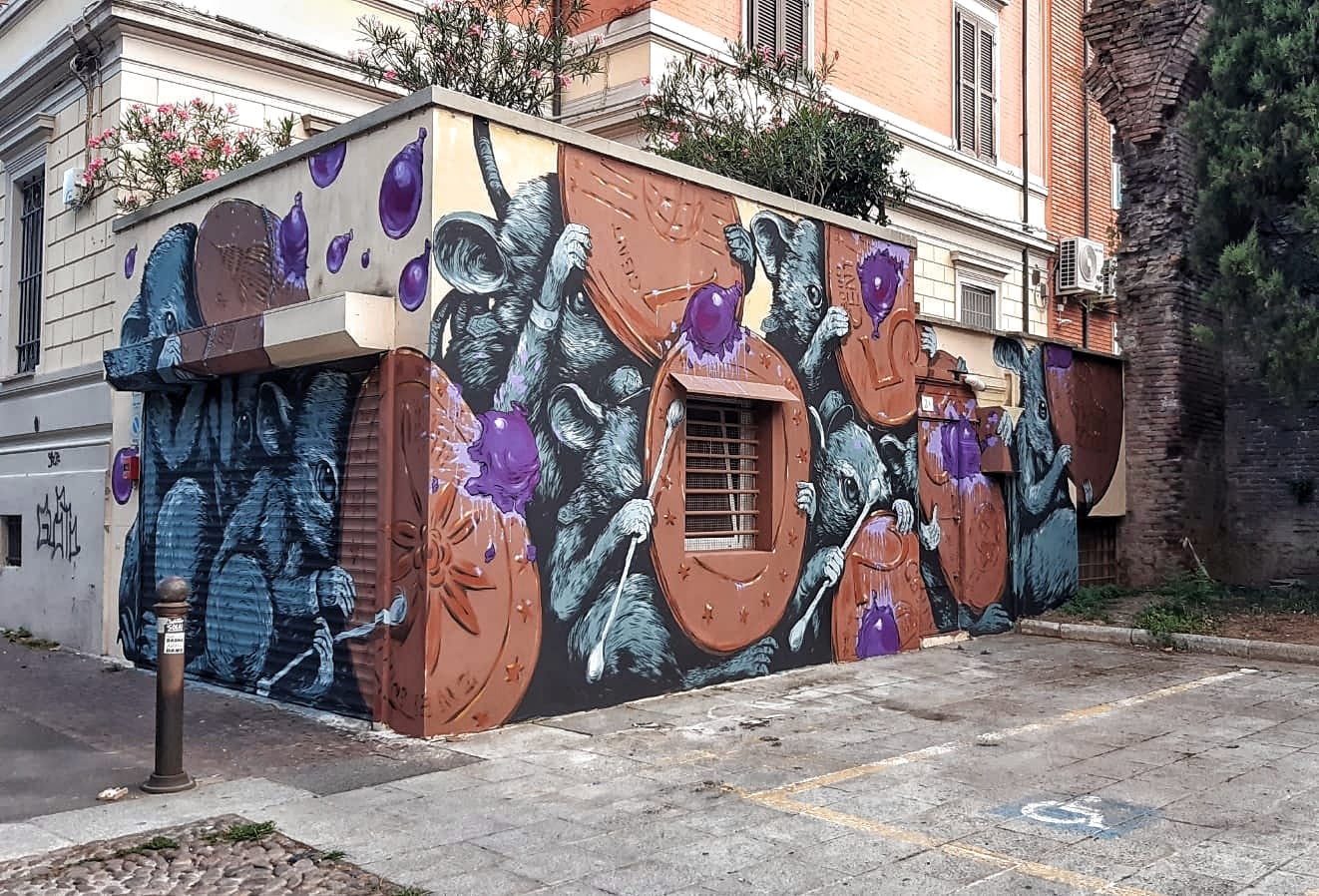 Historical Roots belonging to a distant past

If there’s one thing we miss from Bologna when we go on holiday it’s precisely this: Via del Pratello. By day it’s mostly frequented by local residents, by night it comes to life with all generations frequenting the many bars and pubs till the early hours of the morning. Pratello is a whirlwind of colours, of voices, of society, with an ancient history waiting to be discovered.

Historically renown as a rough neighbourhood, it has become one of the liveliest and busiest streets in Bologna’s nightlife. In 1290 the Peradello (probably derivative of pirus – pero) was the area from the pavement in San Francesco up to the portico of San Rocco. In 1567 the name changed to Borgo del Peratello, its inhabitants were mainly prostitutes, dressed in yellow so as to be recognized. They were relegated to this small corner outside the walls of the city, so they could carry on with their work away from prying eyes. It wasn’t until 1878 that the Municipality gave it it’s current (and definitive) name: il Pratello. The street as we know it today came to existence as a small agglomerate of houses facing vast prairies, it then transformed throughout the centuries in relation to the events that took place there; as Odette Righi says in Il Pratello “…the rebellion, the proletarian resistance, antifascist, the Resistance were all born in this neighbourhood.” If you’re interested in its history, this book is a perfect beginning where you can find out about its curiosities as well as singular anecdotes, Odette Righi “Il Pratello”, Milano, Vangelista, 1978. 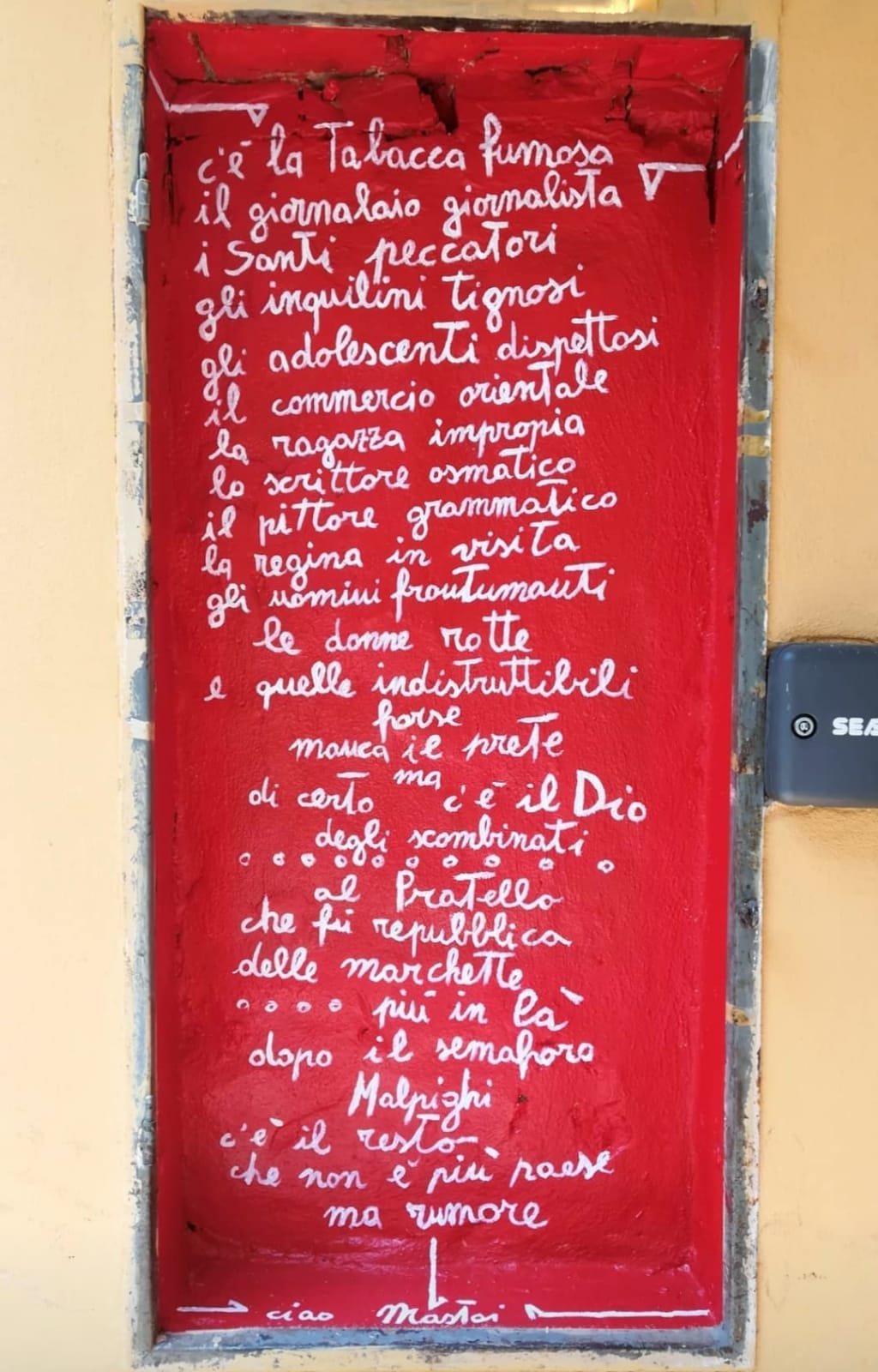 Il Pratello never ceases to surprise those who walk along its pavement or stroll under its porticos. There are currently more than 30 nightclubs which include pubs, bars, restaurants and osterie. Some are only open in the morning, others stay open till the evening but they all have one thing in common: they carry a secret, seen only once they are closed.

Walking down this 600m street, you will be able to admire the Public Open-air Art Gallery of Il Pratello, a true concentration of street art curated by Associazione Arti Povere Pratello. Many artists have left their contribution in this open-air art gallery, promoting and safekeeping the memory of people, places and things that have happened in Pratello, and in the capital of the Emilia-Romagna region.

An example of this is the tribute to partisan Mario Musolesi and the antifascist cat, or the one dedicated to Radio Alice and the homage to Bonvi, Magnus and Romanini. There are also references to more recent contemporary events – such as the health emergency linked to COVID-19 – as well as many other references linked to social and political issues of the 21st century. 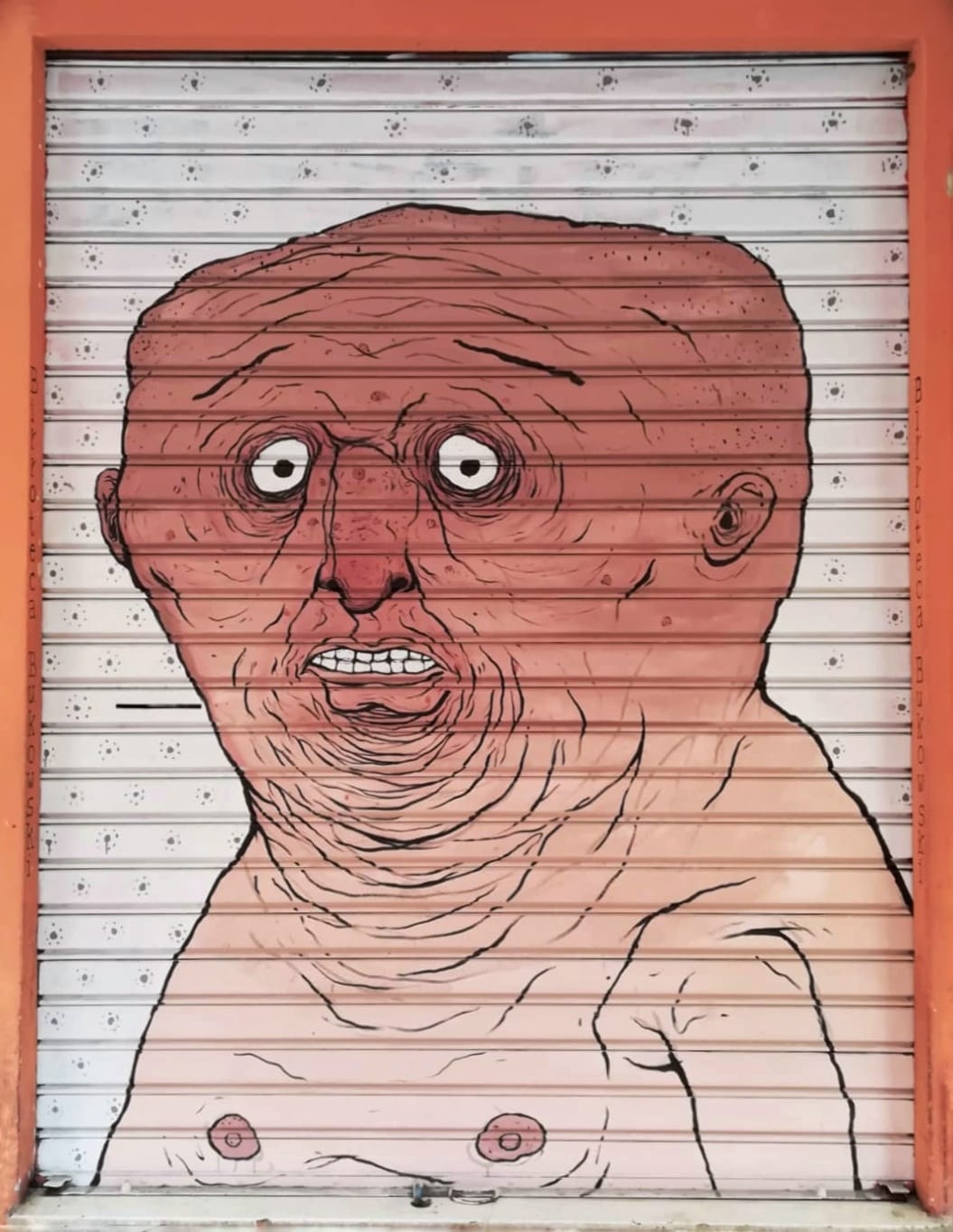 You can also take an urban travel through centuries of art history, starting from the portraits of El Fayum right up until the classical statues, the portraits of Simonetta Vespucci and a tribute to Modigliani. Andrea Ciscu, Bastardilla, Ericailcane, NemO’s, Sharko, Alice Pasquini are just a few of the names that have left their mark in Pratello and its neighbouring streets (Via San Rocco, Via Pietralata, Via Paradiso e Via Santa Croce).

At night, when everything’s quiet, it’s the best time to come out here and admire all the art this street has to offer. If you are nostalgic of Pratello, or perhaps you haven’t been here yet, here is a video shot during a warm summer’s eve, by Stefano Laddomada and Fabio E. Solinas.

Follow Arti Povere Pratello‘s page to have all the updates on the Open-air Art Gallery.